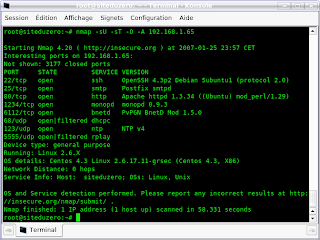 First released in 1997, Nmap quickly became a go-to tool for network and security practitioners to perform security auditing functions, explore their networks to find anomolies and open ports, and so on.

The newest version, 5.0, has just been released, and it adds a couple of features that could either be extremely beneficial or curiously troubling, depending on who is using them, and why.

Ncat and Ndiff allow for the transfer or redirection of traffic (gasp!) , and the ability to compare and contrast patterns from previous scans. While the latter could be useful to see what has changed (especially if your traffic is generally the same and you suddenly notice peaks and valleys), the former could be somewhat dangerous if used in a malicious manner. Of course, you could say that about nearly all networking and security toolsets.

For more info and to grab a copy, head over to Insecure.org .

Image via Taonas at wikimedia.org

Please tell me what you think.